Master Thesis: Evaluation of Function as a Service Frameworks for Kubernetes

The benefits of a system using Function as a Service are the fine-grained and quick scalability to meet a certain demand. Also, when the system in idle functions can be removed to save computing resources and the cost of running the functions.

When deciding to build or extend a system there are many factors that need to be taken into account, which can be tricky and cumbersome, especially when choosing frameworks to base your system on. If situations such as short lived tasks or handling infrequent and sporadic amounts of users are use cases for you, Function as a Service can be the answer. Once the decision to base a system around Function as a Service has been made, the question becomes: should we choose a platform provided by a cloud provider or deploy a framework? Which platform or framework is most suitable for our needs? Hopefully after reading this post you will get a better understanding about Function as a Service and the available frameworks for Kubernetes.

I decided to take a deeper look at OpenFaaS, Kubeless and Fission. In the thesis I looked at the communities, developer experience, and, of course, performance. In this blogpost I will just show the developer experience and some of the performance results. The performance tests were conducted using a test script, an overview of which is shown in the figure below. A Google Kubernetes Cluster was used to deploy the frameworks on and I used “Hey”, a load generator. 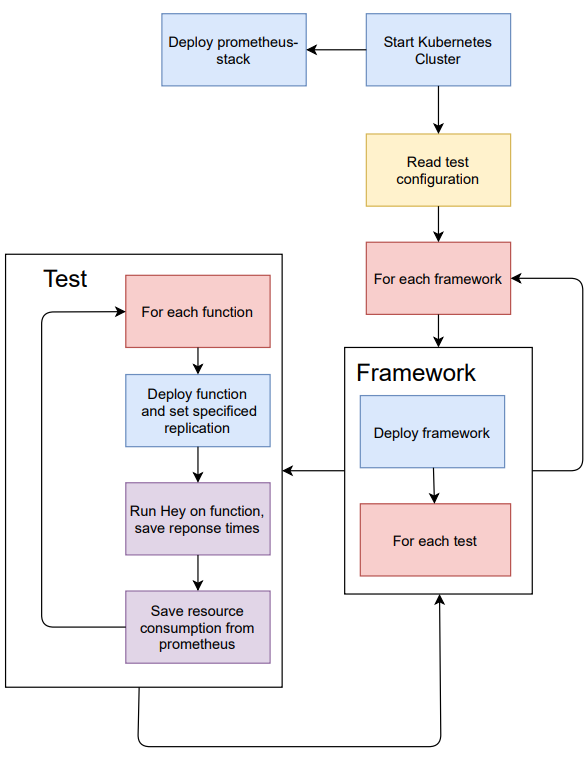 For the developer experience I looked at how interchangeable the functions I developed were between each framework. Then, I performed multiple performance tests. The first performance test was looking at the time it takes to start a new function from zero, the cold start time. Thereafter, I performed two tests with a varying number of concurrent clients calling a function. Finally, I looked at increasing the number of gateways handling incoming requests to functions. This increases the success rate of requests done under load.

The functions that were developed were easily interchangeable between the frameworks. You can see the differences, highlighted with the red boxes, in the source code in Figure X.

The cold start test case showed that OpenFaaS is faster to start a new function from zero compared to Fission. Kubeless did not support the feature of scaling down to zero. In the reference figure you can see the response time when there is a function alive. 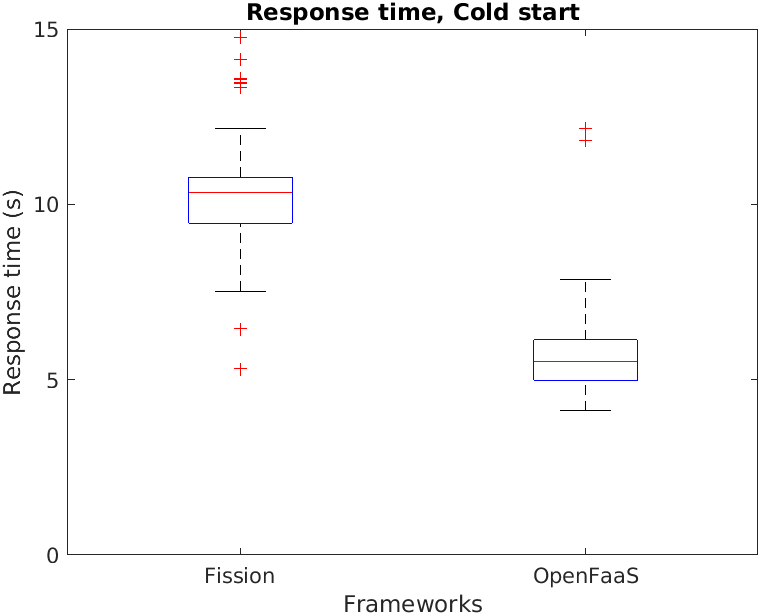 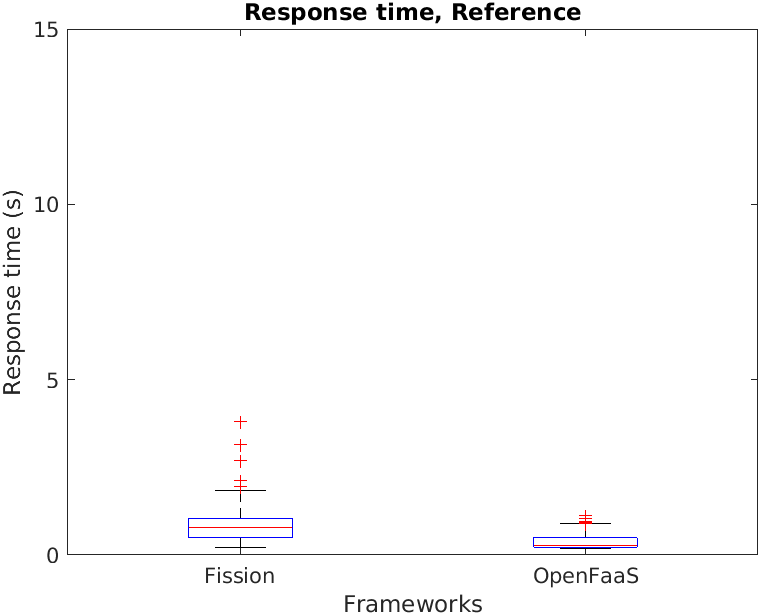 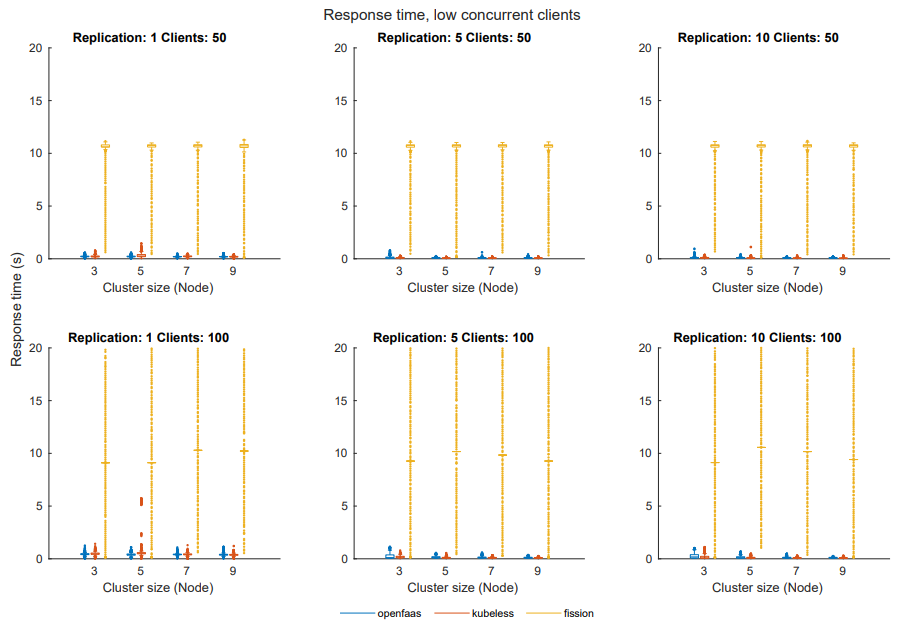 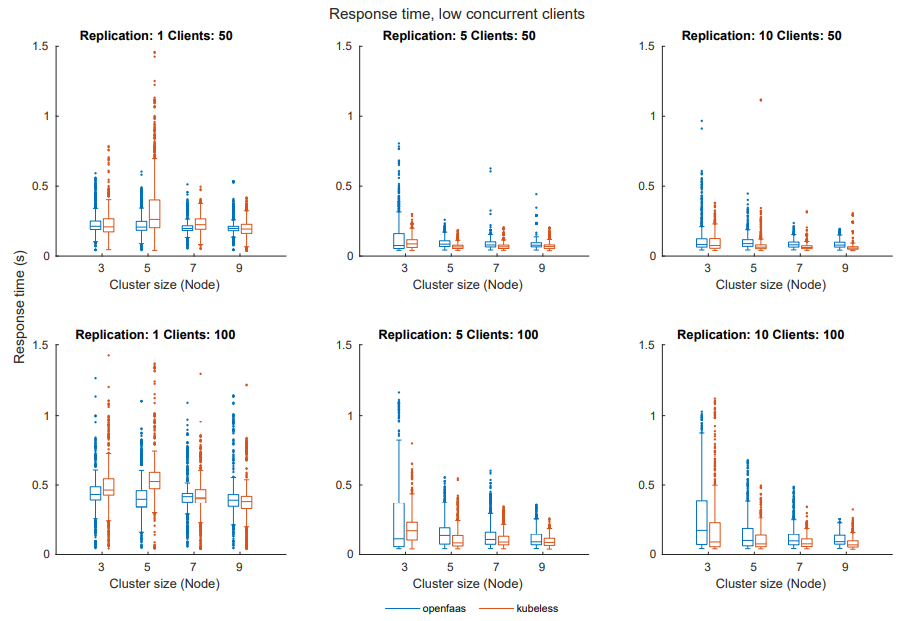 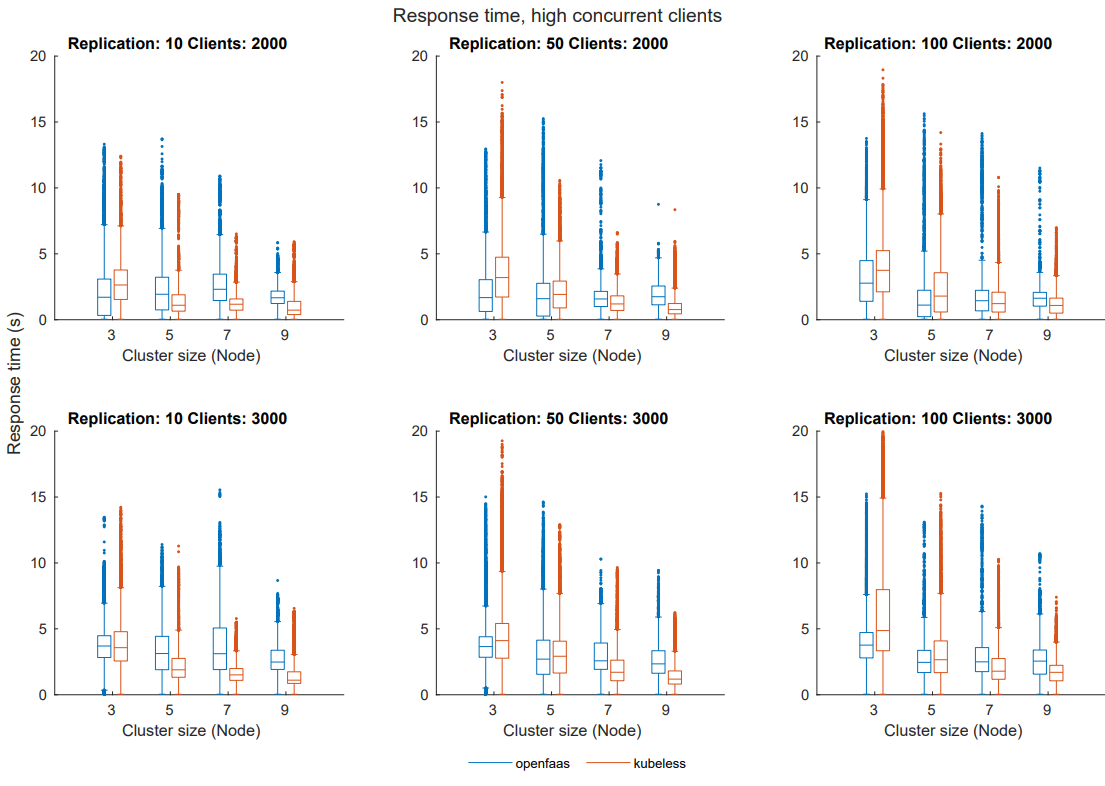 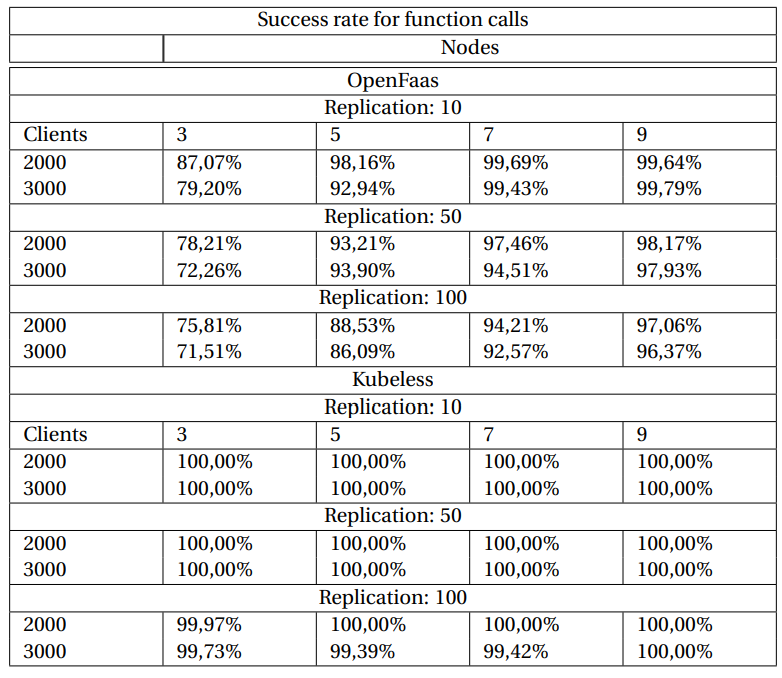 From the results I would say that Fission is not suitable to use in its current state and that Kubless seems to be the overall winner. Also, OpenFaaS had some problems handling high amounts of concurrent clients, which can be solved with more nodes and gateways deployed. However, OpenFaaS has more features. This can be appealing, which I went into more detail in the report.

In this post I have shown three frameworks running on a Google Kubernetes Cluster. Overall I would say that using either Kubeless and OpenFaaS would be a good pick for a framework to use. OpenFaaS has a broader feature set than kubeless, however struggles success rates high when handling a high amount of users.